THE PRINCIPLES OF “COWBOY ETHICS” ARE NOW PART OF WYOMING LAW. 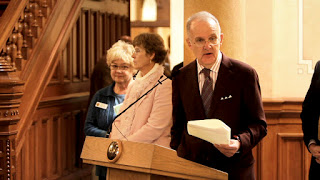 The symbolic measure spells out 10 ethics derived from a “Code of the West” outlined in a book by author and retired Wall Street investor James Owen.

The state code admonishes residents and lawmakers to live courageously, take pride in their work, finish what they start, do what’s necessary and be tough but fair.The ethics code carries no criminal penalties and is not meant to replace any civil codes.

It also calls on them to keep promises, ride for the brand, talk less and say more, remember that some things aren’t for sale, and know where to draw the line.
– Associated Press